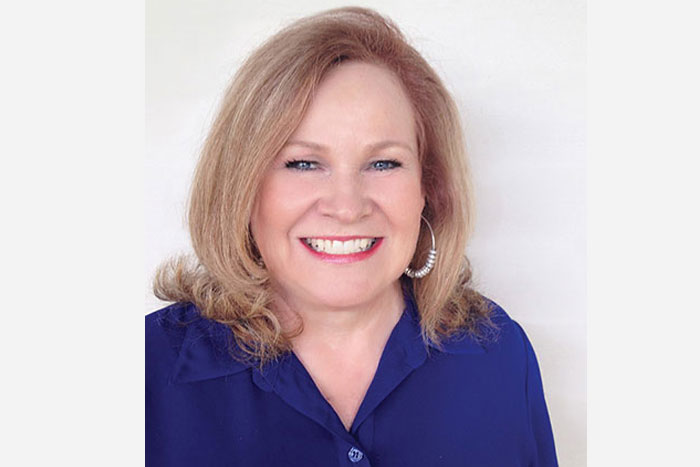 By Leslie Ferris Yerger, CEO & Founder of My Density Matters

Beverly Vote is on a mission to change the global view of breast cancer to a world without it.  She calls it the New Pink Paradigm.

“I believe it’s possible,” she said from her home in Lake of the Ozarks, Missouri, explaining she’s bringing together thought leaders for two summits focused on what the world would look like without breast cancer. It’s this great grandmother’s latest project in 30 years of working to educate and raise awareness about breast cancer.

Vote received her own education on breast cancer at the age of 37 when she found a lump in her breast. Over the course of a year, she faced four misdiagnoses due to her dense breast tissue before a doctor confirmed that the large, lemon-sized lump was, in fact, breast cancer. She underwent surgery, chemotherapy, and a double mastectomy.

The entire experience brought a range of emotions including shock at the diagnosis and then survivor’s guilt. Ultimately, it raised big questions for Vote about her future after the illness prompted her to sell her insurance brokerage agency.

“I went to a life purpose workshop, and there was a requirement to write a mission statement for your life. And so I did. My life mission statement is to help change the culture and the consciousness about breast cancer,” said Vote.

That clarity led Vote to buy a local magazine, turn its focus to breast cancer, and launch Breast Cancer Wellness Magazine. She has served as its publisher since the first issue arrived on her driveway in 2005. “Back then we were shipping them out ourselves,” she said.

Seventeen years later, the magazine has grown and is now published in partnership with the National Consortium of Breast Centers. It’s available for free in doctor’s offices and online. The My Density Matters Team is thrilled to see their CEO and Founder Leslie Yerger featured in the fall 2022 issue.

“The magazine’s about education, trusted resources, and inspiration from those who’ve had a transformational experience, how they faced their darkest times, and how they went through it,” Vote said.

For those looking for even more support, Vote hosts the annual Breast Cancer Wellness Thrivers Cruise which is meant to bring together breast cancer survivors and their loved ones along with medical professionals.

“We celebrate life. We celebrate our milestones. We celebrate each other,” said Vote, calling it life changing for many. “They walk on that cruise feeling they were not heard and understood. And they walk off with their heads held high. That freedom of laughing and being together with people that understand what they’ve been through is so empowering.”

In February 2023, the cruise will sail for San Juan, Puerto Rico for its sixteenth voyage.

Vote hopes her work also helps doctors, nurses, and technicians better understand their patients’ real struggles. “One of the greatest fears a woman has is being accepted after she’s had a mastectomy and if anybody’s going to find her desirable. And that’s one of the pink elephants in the room,“ she explained.

Aboard one cruise, Vote handed the microphone to a woman who talked to the crowd about that pink elephant.

“It was eye-opening for the doctors who heard her story and had no idea that this is one of the aspects that many women go through. Some came up to me and said that changed their lives and how they would go forth working with their patients,” she stated.

Vote’s next project is a podcast which she plans to launch in January 2023 to highlight the personal experience of breast cancer along with the New Pink Paradigm. “If we don’t have a vision for a world without breast cancer, we won’t be experiencing it,” she said.

In the meantime, Vote wants her work to continue guiding breast cancer patients to see their own future.

“I just want to remind women that they’re not helpless and that there’s real hope. I am on my journey to help women understand and create a vision in their own life beyond the diagnosis,” said Vote. It’s an achievement she’s certainly turned into reality for herself.