Emma shares her story about insisting and persisting to get the tests she needed to find her two breast cancers earlier than they would have otherwise been found. What if she hadn’t advocated for herself?

Thank you Emma for showing us the way, showing us how to advocate for ourselves, and how to follow our gut when we know something isn’t quite right!

I am eagerly awaiting the availability of the molecular breast imaging (MBI) technology in a facility near me. Mammography failed to detect my breast cancers. So far, I have survived breast cancer twice.

Because I have dense breasts, I started annual mammography in my late 30’s. I was hoping that if there were any tumors growing, they would surely be detected.  The report was always negative, but showed dense, scattered glandular and fibrous tissue, with scattered calcifications, but benign.

Just as I was coming up to my 50th birthday, I went in for my annual mammogram. This time there was a suspicious looking small mass in my right breast. An ultrasound was ordered and my doctor advised a biopsy as the ultrasound was not conclusive. The biopsy showed invasive cancer and within two weeks I had a lumpectomy, confirming a 2+ cm invasive, stage II, HR positive, HER2 negative tumor. My surgeon estimated that it had probably been growing for at least 2 years and had clearly gone undetected! I had to undergo seven, 5-day weeks of radiation and 6 months of chemotherapy. The radiation left a disfigured breast and scar tissue within the breast, making future mammograms difficult to read, as scar tissue and malignancy can have a similar appearance.

Eighteen years later, my annual mammogram showed a suspicious looking area in the breast that had been radiated. I again underwent an ultrasound. The radiologist said the exam was inconclusive and advised me to have another mammogram in 6 months. I asked her for an MRI instead. Her reply was: “They are very expensive.” I immediately contacted my oncologist and asked for a scrip for an MRI. Without delay, I had an MRI of both breasts. As it turned out, the suspicious area in the right, radiated breast was old scar tissue. However, there was a very small mass in the other breast that could not be classified definitively by MRI to rule out malignancy. My surgeon performed an MRI, needle guided biopsy and deposited a marking radioactive seed clip placed for a possible subsequent lumpectomy. The biopsy showed a very small (fortunately) invasive primary tumor in that breast, which was unrelated to the type of tumor found many years earlier, in the other, right breast, and also a DCIS. I had to have another lumpectomy. A lot of procedures!

I believe that my insistence on an MRI detected that new tumor at the earliest of stages and enabled me to have it eliminated. I have an upcoming mammogram next month and I plan on insisting on an MRI as well, until I can have MBI. I have had other physical problems that have required medical inquiry and attention ever since the “warranty” on my body ran out at 50. I have learned through my experience how important it is to be a strong advocate for one’s medical condition, or have someone to advocate for you, and to obtain as much information as you can.  Enlist your doctors as partners in your care.

I Didn’t Know I was So DENSE! It Was Never Really About the Tweets…
What is an ABUS like?

From the moment you lie down on the exam table, you’ll realize that Invenia ABUS 2.0 screening is completely unlike a mammogram. A layer of lotion is applied to your breast, and then a scanner is firmly positioned on your breast to acquire the images. The exam takes approximately 15 minutes and provides your doctor with clear 3D ultrasound images. The physician will review the ABUS screening images along with your mammogram. 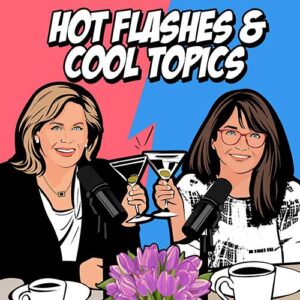